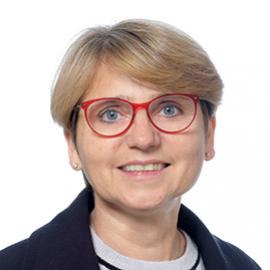 Emmanuelle Portelle started her career in 1987 at Coca Cola in management control before joining the Banque Internationale de Placement in 1988 as an arbitrage trader on the European rate market. She then joined the Caisse des Dépôts et Consignations from 1993 to 2005 where she held various positions such as bond market maker, risk controller, and fixed income monitoring on the trading floor, as well as Internal Auditor for the Group focusing on market activities and asset management. In 2005, she joined Natixis Investment Managers as Senior Compliance Officer for French entities. She was then appointed Deputy Head of Compliance, Risk Management, and Internal Audit for Europe. Her role was eventually extended to also cover Asia in 2012. In 2017, her position evolved to include the coverage of the private equity business for aspects relating to compliance, risk management, and internal audit. In November 2020, Emmanuelle became Head of permanent control of Ostrum Asset Management (previously Natixis AM).