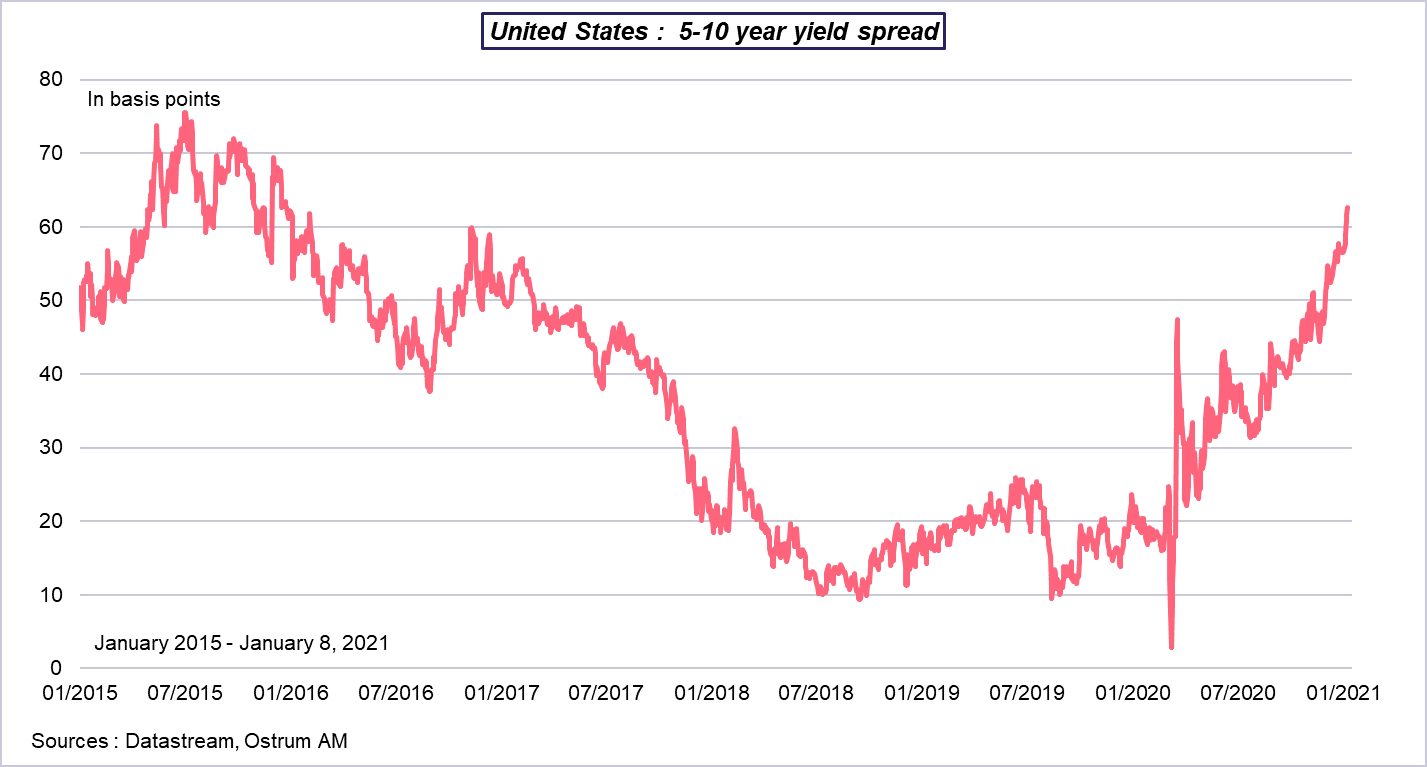 Since April, the US 5-10 year yield spread has increased sharply to reach its highest level since December 2015. This steepening of the US yield curve results from the rise in long-term rates following improved growth perspectives and anticipation of somewhat higher inflation. Short-term rates, on the other hand, remain relatively stable at a very low level due to the guidance from the Federal Reserve that its rates will remain close to zero for a long time. This steepening was hastened last week following the results of the senatorial elections in Georgia which gave Joe Biden the majority in Congress. This increases its ability to adopt a new stimulus package, likely to increase the financing needs of the US Treasury, which has weighed more on long-term rates.