The share of renewable energy in gross final consumption of energy has more than doubled in the space of 13 years in the European Union. It reaches 17.5% in 2017 against 8.5% in 2004. Sweden has by far the largest share : more than half of its energy consumption comes from renewable sources. This sharp increase concerned all Member States so that in 2017, 11 countries achieved their respective objectives set in the framework of the “Europe 2020” strategy. The target for the European Union is to obtain 20% renewable energy by 2020 and at least 32% by 2030. If Sweden, Finland, Denmark and Italy have already reached their objectives, the Netherlands and France are the most distant. 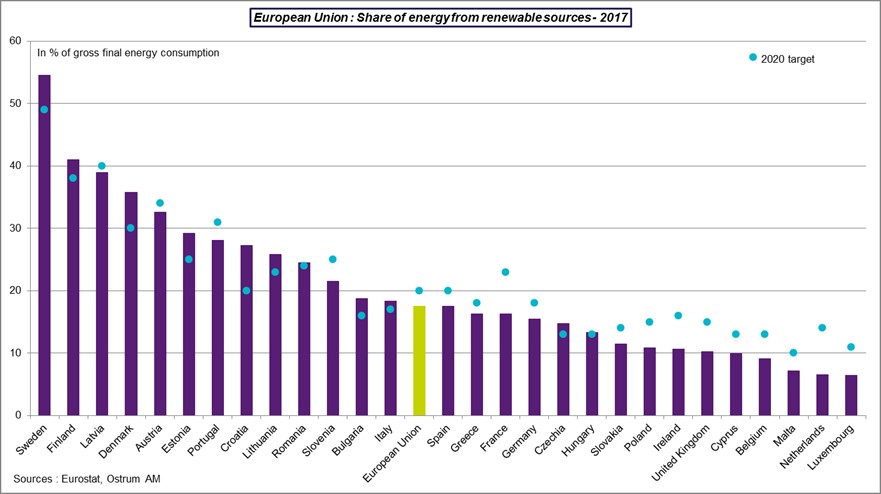